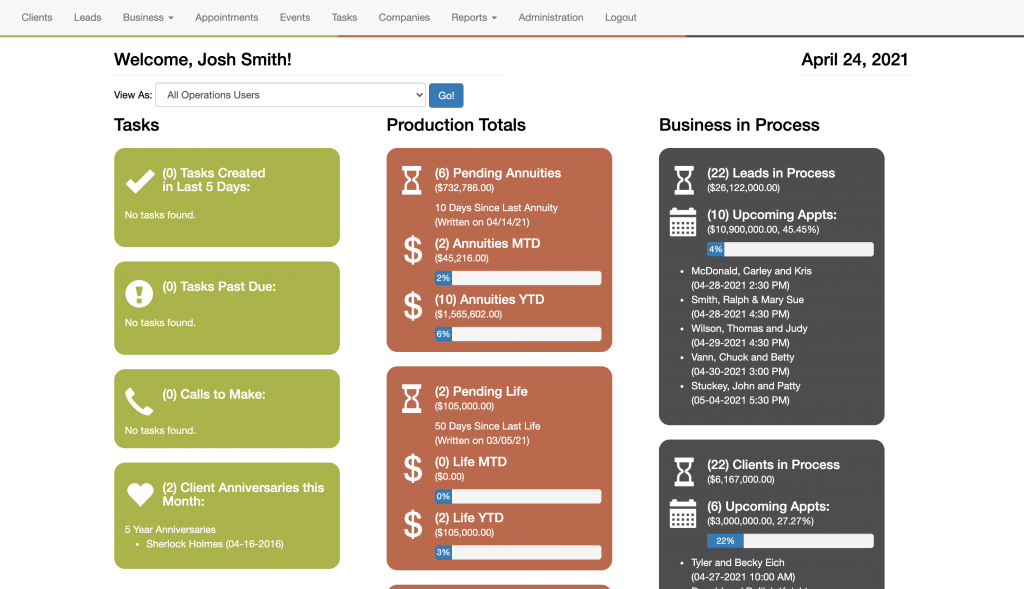 Much like many of our other Custom Systems, the financial services CRM started its life as an Access database. There were many years of client data, policy information and more stored in this system, and all of it was crucial. In addition, the firm had a very fine-tuned business process, and wanted a potential CRM help them make sure every step was being followed.

We converted the database to a CRM that was hosted in house, rather than on the cloud, on a server they owned. The first iteration of the system began in 2013, and was in daily use by 2014. In the years since, we’ve added new features and expanded the CRM’s functionality, adding things such as text messaging, an expanded appointment module, and have continued to tweak things to match their business process flow.

Plans for further refinements will be made in the coming months. Like most of our systems, continued support and adjustments are key to the company’s continued success.